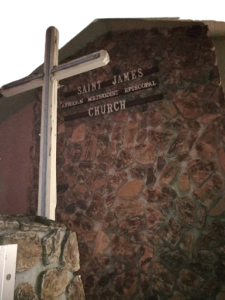 len, Absalom Jones, and others established in Philadelphia in 1787. When officials at St. George’s MEC pulled blacks off their knees while praying, FAS members discovered just how far American Methodists would go to enforce racial discrimination against African Americans. Hence, these members of St. George’s made plans to transform their mutual aid society into an African congregation.

Although most wanted to affiliate with the Protestant Episcopal Church, Allen led a small group who resolved to remain Methodists. In 1794 Bethel AME was dedicated with Allen as pastor. To establish Bethel’s independence from interfering white Methodists, Allen, a former Delaware slave, successfully sued in the Pennsylvania courts in 1807 and 1815 for the right of his congregation to exist as an independent institution. Because black Methodists in other middle Atlantic communities encountered racism and desired religious autonomy, Allen called them to meet in Philadelphia to form a new Wesleyan denomination, the AME.

The geographical spread of the AMEC prior to the Civil War was mainly restricted to the Northeast and Midwest. Major congregations were established in Philadelphia, New York, Boston, Pittsburgh, Baltimore, Washington, DC, Cincinnati, Chicago, Detroit, and other large Blacksmith’s Shop cities. Numerous northern communities also gained a substantial AME presence. Remarkably, the slave states of Maryland, Kentucky, Missouri, Louisiana, and, for a few years, South Carolina, became additional locations for AME congregations. The denomination reached the Pacific Coast in the early 1850’s with churches in Stockton, Sacramento, San Francisco, and other places in California.

Faith, Family and Fellowship – A Beacon of Light in the community since 1961